Is there hidden inflation in a sea of deflation?

Economists around the world are rightfully concerned about inflation trends. Headline inflation does not tell the full story, though.

With the recent economic woes caused by the pandemic, governments and central banks have been called for an unprecedented role of support to the economy, so as to limit the damage it has ravaged. Central banks, in particular, have come up with enormous economic stimulus packages, only comparable to the ones used following the Great Recession of 2008. One of the objectives of these institutions is price stability, normally measured with inflation – a quantitative measure of the rate at which the average price level of a basket of selected goods and services, primarily of interest to consumers, in an economy increases over some period of time –, which has seen great disruption.

At the moment, however, in the Euro Area, countries are experiencing deflation, the opposite of inflation, that is, a decrease in the price level. This is often seen as a bad indicator for the economy, as deflation could cause consumers and firms to delay consumption and investment decisions, so as to buy the same goods and services at a cheaper price in the future, which can lead to increased unemployment and, therefore, to an even greater reduction of consumption, pushing production and unemployment down even further. Thus, it is of no surprise that it is also seen as a sign that wages are not increasing or even worse, decreasing. Because if salaries are stagnant or diminishing this will negatively affect the consumers demand for goods, which could sometimes help to explain part of said deflation. This is the reason why central banks target an inflation rate around 2-3%, neither too high nor too low.

In order to combat this low inflation and bring liquidity to financial markets, so as to allow firms to more easily find credit to finance their day-to-day operations and their short-term cash flow strains, the European Central Bank (ECB) has embarked on a massive stimulus program.

Nonetheless, the purpose of this article is to assess whether or not the reported headline deflation, measured by the Consumer Price Index (CPI), seen in the indicators is not perhaps “hiding” inflation of substantially important goods for consumers and, therefore, turning  the well-intended actions of the ECB and other Central Banks to bring inflation up in order to help households, ending up hurting them.

One of such “hidden” inflation phenomena can be seen primarily in the price evolution of food products, as seen in the graphs below.

As it can be observed, food products inflation in the US has not always been above CPI inflation throughout the past year, but there was a large spike of the former, right when COVID-19 started spreading around the world and lockdowns began being enforced, which ground to a halt almost all economic activity.

Whilst CPI inflation decelerated, food inflation experienced the opposite. Focusing on the Euro Area in particular, even though there were some differences (in the Netherlands and Germany, the CPI has actually grown since March), in most countries, the correlation between CPI and food inflation was considerably negative, reinforcing the notion that the two evolved oppositely. Consequently, it would seem plausible that central banks could be emphasizing too much the low rates of inflation as measured by the CPI, but ignoring the increase in prices for food products, which are considered essential goods and represent a significant amount of an average household’s disposable income. So, central banks could be hurting households whilst trying to help them. And there is a valid argument to be made here, as in times of crises people tend to buy more food products as a proportion of their income and low-income families have a greater percentage of their income being spent on these products.

Nevertheless, before making any hastily conclusions, we should first acknowledge that there are sectoral differences in inflation, meaning that different sectors in the economy tend to experience different inflation levels. For example, in terms of inflation, goods can be divided into non-tradable goods and tradable ones. The former group includes goods that can only be consumed in the economy in which they are produced in or that are not able to be exported or imported and, thus, face less exposure to international markets and price fluctuations. The latter group encompasses goods that are free to be traded between countries and are, thus, more susceptible to international price fluctuations. In the case of non-tradable goods, their prices can be greatly influenced by increases in productivity in the tradable sector, because such improvements will lead to higher wages. Also, as the intrinsically less globalized sector is more dependent on labour, it will result in higher prices of the produced goods.

However, one only ought to go to the nearest supermarket and check the origins of products on the stalls to realize the food sector is most likely a tradable goods sector, as much of the food we consume is imported from elsewhere, meaning it is exposed to international shocks, such as the one we are currently experiencing. But it is a special subsector, in the sense that, in developed countries, it enjoys a certain degree of isolation from the outside world, due to the higher health and safety requirements of these countries. Moreover, it is traditionally a sector that experiences higher inflation, because of the above-mentioned characteristic, but also due to an increase in living conditions in emerging countries, which are causing increases in demand, not fully matched by increases in the supply side. Besides this, the costs of storing, transporting and distributing have also risen and, in some cases, climate change has played a role in affecting the supply side (example: recurring droughts in California, that increase the costs of irrigation and loss of crops for farmers, largely as a result of the increased activity of the El Niño effect).

The effect of the pandemic on food prices

All this goes to show that inflation is traditionally higher in food products, but the levels that have been observed this year have been particularly high. This is majorly the result of the stress the pandemic has put on supply chains. As countries went into lockdowns, very little production was happening and trade between countries sharply decreased as well. As a matter of fact, in Europe, for instance, many nations closed their borders during March and April, which increased the costs and time of transporting goods between countries, resulting in an over-supply of some goods in some countries, which were destined to foreign markets, and in a shortage of other goods. Adding to this strain on supply chains, there is also the observed behaviour of consumers increasing sharply their spending on food products during crises, as they fear supply chains may be at risk or that prices might increase rapidly. However, this is almost a self-fulfilling prophecy, because, by increasing demand so dramatically in such a short period of time, consumers can make a “secure” supply chain of food, suddenly becoming overwhelmed due to the supply side not being able to meet such levels as rapidly.

Besides the stress on the supply chain, farmers also have to deal with another problem resulting from the pandemic – the low availability of workers for harvesting crops –, either due to travel restrictions, little possibility of meeting the safety requirements or by people simply not feeling comfortable enough to work. This last occurrence has been especially problematic in the American and German meat industries, as slaughterhouses have had major out-breaks of COVID-19, which have caused prolonged and recurring shutdowns, contributing to even greater prices of meat comparing to other food categories, something notably concerning, as it is a very important part of average consumer diet.

In conclusion, is there “hidden” inflation? Yes, there is, mainly in the products which are of most importance for consumers, which are also having to deal with higher unemployment and decreases in income. So, it is reasonable to ask if central banks are not perhaps too focused on overall inflation levels to be able to notice an already high inflation level that greatly affects families, which might be causing an inadequacy of stimulus programs to revamp inflation, in terms of improving people’s situation. Even so, as we have seen, it is mainly a matter of problems of the supply side in meeting demand, something that should be smoothed out in the coming months as producers tackle the problems of the new working environments and consumers realize that supply chains are not as in danger as previously feared. 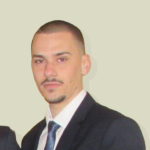