QAnon, the far-right conspiracy taking over the mainstream

The Storm is Here

Human Beings love a good story, we crave for narratives that breakdown and explain information in a way we find compelling, sometimes in ways which confirm our own biases. Battles of existential good and evil have long been effective narratives to capture humanity’s attention, from religious myth to sci-fi blockbusters.

QAnon is in a way no different than a typical good versus evil type of story. It has roots in the Pizzagate conspiracy theory, which refers to several stories that circulated around the internet alleging that Hilary Clinton and top Democrats were part of a paedophilia ring, that held satanic rituals from the basement of a pizza restaurant in Washington D.C.. Later in October 2017, a user by the name Q started posting on 4chan, commenting on a cryptic statement by Donald Trump, “The calm before the storm”.

The storm in question? A supposed culmination of a battle between evil and good in which the good, will finally triumph defeating thousands of members of the “Cabal”, a group of powerful elites involved in paedophilia and focused on destroying the US, by arresting and executing them or, if they are lucky, sending them to Guantanamo Bay. This was the beginning of a growing internet community that spread theories about a cabal of satanic paedophilic politicians, celebrities and media figures that control the world.

The “Q” is a reference to Q-clearance – the maximum level of access to secret documents in the US government. Several posters on Q boards claim to be government insiders, some in the FBI and CIA, and thus having access to relevant information regarding the conspiracy.

Our Lord and Saviour Donald Trump

There is an intimate connection between QAnon and politics. Every good story needs a hero, a protagonist, in this case it is the current President Donald Trump, who acts as a messianic figure in the conspiracy mythology. He is the saviour of the United States, the one who will stop the Cabal and finally usher a time of peace and prosperity, free of paedophilia, illegal migrants, and supposed Islamic invasions. QAnon supporters study the Presidents words carefully hoping to spot coded language possibly related to this secret mission. For example, in a meeting regarding the North Korea nuclear programme, Donald Trump referred to a “Calm before the storm”, which was interpreted as a “stand-by” kind of comment.

QAnon has slowly infiltrated the political discourse and slid its way into national politics. Signs of support for the conspiracy became common in Trump rallies and republican events after 2018. In the 2020 elections, 27 candidates for the House of Representatives (25 republican and 2 independent) reportedly believed in QAnon, two of which were elected.

The conspiracy, except for some specific mythology and coded language, seems to share many of the common tropes of the far-right: paedophilia, Islamic invasion, an anti-system sentiment, and a deep distrust of institutions. Consequently, such movements tend to exhibit huge flexibility and adaptability to any new narrative that becomes relevant, for example, COVID scepticism.

As QAnon grows, so does its Geographical outreach, which found fertile ground within European conspiracy theorists and far-right movements. The Coronavirus Crisis has been a catalyst for the spread of QAnon, having the Q signs appeared in protests over Coronavirus’ restrictions in Germany, Britain, France, Spain, and Portugal.

With the international expansion, QAnon lost its attachment to American politics, and it has adapted its language and narratives to better fit the different international realities. Earlier this year, in Germany (largest QAnon community besides the English-speaking countries), a large-scale joint NATO’s exercise was perceived as an attack, by Donald Trump, to free the German people from the control of the “deep state”. When the exercise was re-scaled this spring due to COVID, it was theorized that Merkel had created this “fake pandemic” to end the liberation plan.

Merkel has become an especially nefarious QAnon character, as her support for refugees led Merkel to be branded as a puppet of the global elite. The community attacks to her range from accusations of being a “Zionist Jew”, part of the Rothchild family, or even the granddaughter of Adolf Hitler.

With Trump rising in 2016, the expression “fake news” became widespread, and it was popularized the idea that Media institutions were partisan and acted on a political agenda to purposefully manipulate the population, observing that the reliance on social media, as the only source of information has been increasing.

However, social media lacks accuracy by exposing many users to conspiracy theories, clickbait, hyper partisan content, pseudo-science, and even fabricated “fake news” reports. This low-credibility content seems to spread quickly and easily and, because social media’s algorithms act in ways which reinforce pe7ople’s biases, it exposes the users to the type of content to which it previously engaged positively. Therefore, in recent years social media giants have been criticized, being forced to walk on a thin line between misinformation prevention and freedom of speech.

Some social media companies currently imposed tougher restrictions on their platforms. In 2019, Twitter removed several accounts that were supposedly connected to the Russian Internet Research Agency that had been disseminating a high level of QAnon content. Later, in July 2020, Twitter initiated an all-out ban on QAnon’s affiliated accounts and promised changes in the algorithm in order to mitigate the spread of related conspiracies. Facebook also announced measures that limit the presence of QAnon contentment across its platform.

The calm after the Storm

There is nothing unique about the narratives spread by QAnon, they share many of the typical conspiracy tropes prospered in a time of political and social instability, using COVID as a powerful tool to increase its reach. More worrisome is that unlike at any other historical time, conspiracy theories now enjoy near unlimited access to huge social media platforms, where information can be spread widely with no accountability. In these platforms, there is an increase in the promiscuity of some of these theories with political movements, which use each other and social media, to leverage their popularity. It remains yet to be understood if Social Media companies have the technical capacity to restrict these movements and have the moral authority to assess which movements deserve to be restricted. 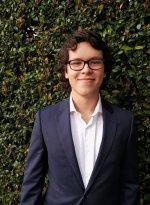