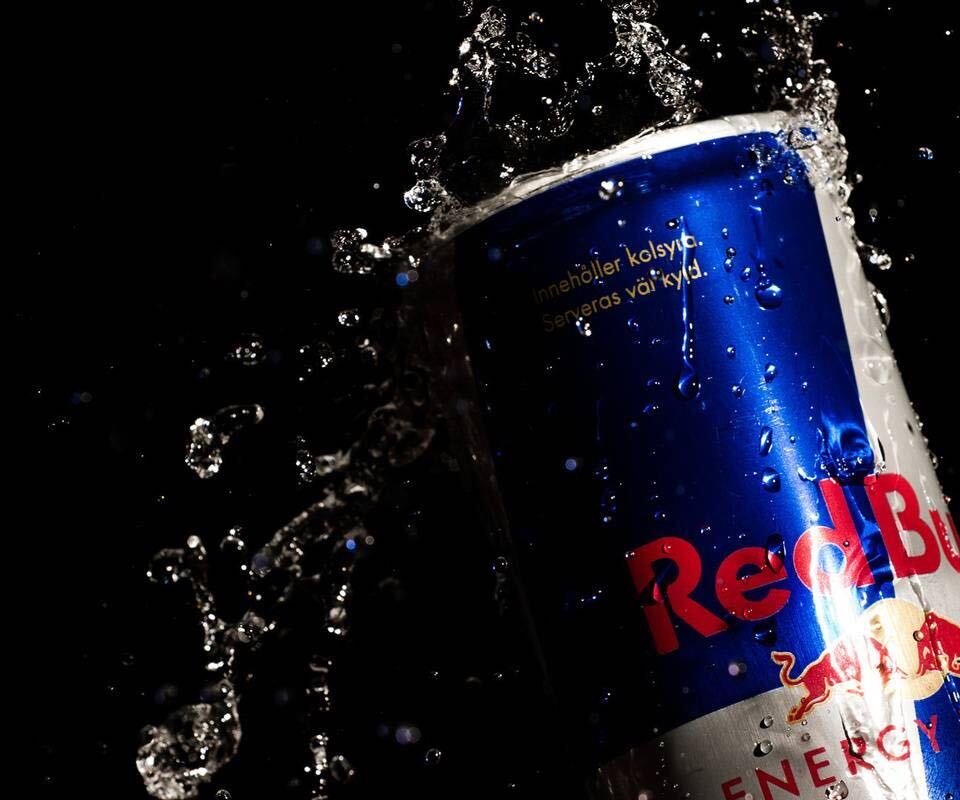 Red Bull: Behind the Notorious Blue Can

Red Bull is an energetic drink sold by the Austrian Red Bull GmbH in over 170 countries. It was introduced in the market in 1987 and, since then, it has achieved the selling landmark of 7.5 billion cans in a year, achieving market leader status with a market share of 43% in the energy drink market. You have probably heard “Red Bull gives you wings”, which has become one of the world’s most recognizable slogans.

The brand was created by the Austrian entrepreneur Dietrich Mateschitz with Chaleo Yoovidhya, a Thai businessman who created the original Thailand Red Bull drink. With a slight modification to westernize the original energy drink, Dietrich led the company to worldwide success.

In the more than 30 years since its inception, Red Bull has kept its essence as an energy drink, selling the same idea which sold in the beginning, despite some variations in taste and special editions. In fact, Red Bull remained very loyal to its strategy, only amplifying to a greater audience. It is a very loyal brand, associated with radical sports, such as Formula 1, Surf and Snowboarding. Furthermore, it also sponsors a lot of athletes and YouTube personalities. It is a brand associated with a healthy and active lifestyle and aims to portray these aspects in every marketing campaign.

The Austrian energy drink has been the dominant brand in the industry, despite fierce competition from copy-cats. It can easily be argued that Red Bull’s unique business model is what gives the company an edge over the competition.

An important aspect of the business model has been little to no diversification whatsoever. When it comes to the variety of products, Red Bull produces the very same product, although with some differences geographically. It has introduced special editions from time-to-time and, in total, 20 different variants, including a sugar-free version. Red Bull’s decision not to move to other segments in the food and beverage industry relates to their intent to preserve the values and principles of the firm. This strategy contrasts with what has been the golden rule in the industry of expanding to other segments to gain market power and benefit from synergies, exemplified by Coca-Cola’s rule in the beverage market, from sodas to tea and bottled water. Pepsi has followed Coca-Cola’s lead too, also producing energy drinks and even entering the food industry with Lays, Cheetos and Sun Chips, besides having the regular soda.

Another peculiarity of the energy drink lies in the company’s operations, or lack thereof. The majority of consumer goods companies, especially in the food and beverages industry, such as the Coca-Cola Company, have a strict control of their operations for a quality guarantee standpoint, as well as to keep their formulas secret. Red Bull, on the other hand, is not in charge of its own production, which is outsourced to two companies licensed under the Thai Red Bull. In fact, Red Bull GmbH is not even directly responsible for the entirety of its distribution, relying on already established distributors to bring the famous blue can to some parts of the world.

Outsourcing operations is not too uncommon in the corporate world. It is actually a way of bringing value to the value-chain that the company could not bring on its own. Nevertheless, it is uncommon for a brand the size of Red Bull to have so little control over its operations. This is not a result of poor resources or capabilities; it is part of a greater strategy to focus on what the company does best – marketing – which has been a winning formula so far.

Red Bull’s success was determined not only by the quality of its product, but also by its marketing strategy. Red Bull has the highest market share of any energy drink in the world, with approximate revenue of €6.07bn in 2019, a third of which was re-invested into marketing, which proves the importance of that department to the company.

“In terms of attracting new customers and enhancing consumer loyalty, Red Bull has a more effective branding campaign than Coke or Pepsi”, says Koehn, professor of business administration at HBS.

Rather than following a traditional approach to mass marketing, Red Bull has generated awareness and created a seductive “brand myth”. Their strategy has not focused on promoting the popular product, but rather to create a brand that embodies a distinct lifestyle and audience.

Their advertisement objectives were to create a brand preference as their primary source of income within Generation Y’s young active males, but also to attract and maintain a secondary target market of older males needing energy to maintain their heavy workloads.

To increase awareness among their most likely consumers, 18- to 34-year-old-males, Red Bull followed a marketing strategy with the aim of making the drink just edgy enough to grab the interest of this public (“Wing 1 of the Dragonfly Effect Model”). The focus was subtle branding that grabs attention, while having high production quality without an overproduced look. In addition, to start engaging with both its original and second target demographics, Red Bull began sponsoring “breath taking” stunts. Big doing so, RB subtly invites people both to take action and fulfil their biggest dreams. Besides sponsoring and participating in multiple sports, Red Bull also owns Red Bull TV Online, Red Bull Radio, and Red Bull Media House.

In 2019, Red Bull sold 7.5bn cans of their energy drink, for a revenue of over US$6bn. Despite the impressive numbers, this is not the only revenue stream that Red Bull is capitalizing on, especially given the decreased growth that they have observed since 2012, triggered by their one-product only strategy. Many of the marketing initiatives to promote the energy drink got a life on their own as businesses, in addition to serving as a support activity to the drink:

4. Contract Management: Red Bull established contracts with professional athletes that aim for the top brackets in their areas, adopting this as a way of promoting their brand.

Red Bull is no ordinary company, with no ordinary business model. The Austrian company has taken advantage of industry best practices to create a brand bigger than its blue can, becoming the biggest player in the energy drinks industry in the way, with a market share of over 40% of the energy drinks market. Despite competition from industry giants, such as Coca-Cola, through Monster, and Pepsi’s Rockstar, Red Bull did what no other drink achieved – successfully marketing itself to a new customer base.

What is more, the company created a media and advertising ecosystem to project the energy drink, which cemented its brand image as seductive ‘myth’, that is still the company’s biggest asset. As a result, that same media ecosystem that once started as a marketing campaign became a business of its own rather than an annual expense.