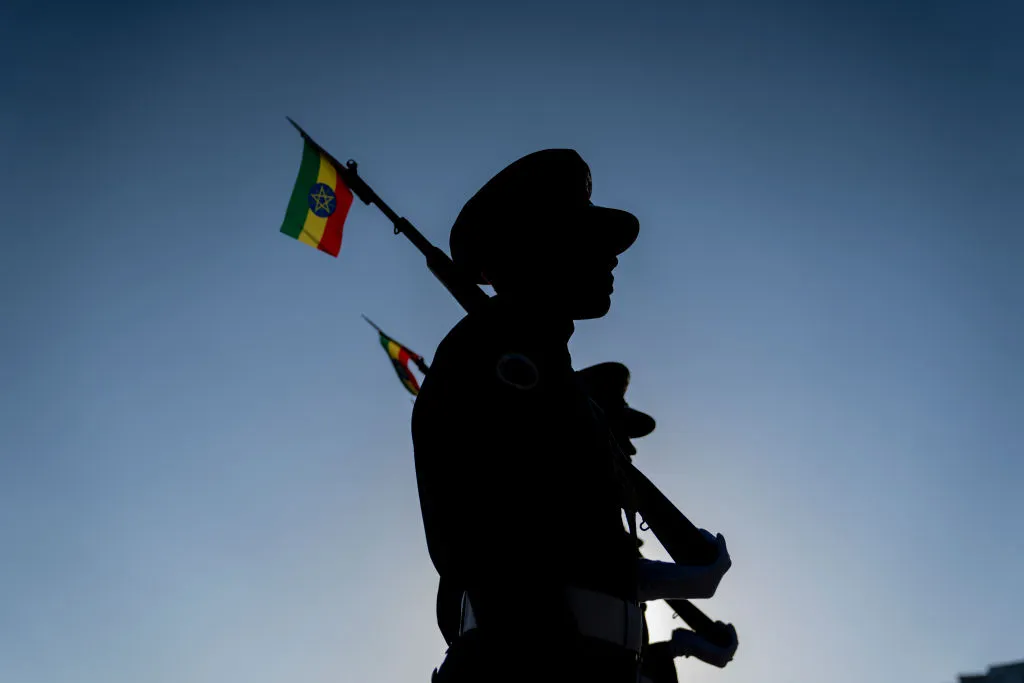 The Forgotten War in Ethiopia

Being one of the few countries which have originally never been colonised by Europeans, Ethiopia has a rich history, one where many ethnic groups have coexisted for centuries together. This coexistence, however, has not always been peaceful. With over 80 different ethnicities living in Ethiopia today, the cultural differences within the country have caused a war in its northern regions which where historically inhabited by one of its many peoples: the Tigrayans. This war has a complex background which one must be familiar with in order to better understand the motivations that have led to its offset.

Recent History of Ethiopia and Tigray

The group at the heart of the struggle in Ethiopia is called the Tigray People’s Liberation Front, or simply the TPLF. It was founded by a dozen young men from Tigray, a mountainous northern region of Ethiopia, under the principles of Marxism-Leninism and national liberation and particularly as a force of rebellion against the Ethiopian state. Within 5 years, the TPLF grew steadily, aided by its ability to nullify other Tigrayan opposition and by the increasing dissatisfaction against the Derg, the military Junta that ruled Ethiopia at the time.

By the late 1980’s, the TPLF emerged as the leader of a political coalition formed by other dissident armed rebel factions called the Ethiopian People’s Revolutionary Democratic Front (EPRDF) and, on the 28th of May 1991, the TPLF troops, with the support of Eritrea, seized the Addis Ababa, Ethiopia’s capital. Thus, the Derg was overthrown and the 36-year-old Meles Zenawi, the TPLF and EPRDF president, became the leader of the country. This allowed the Tigrayans, a minority that today constitutes 6% of the Ethiopian population, to dominate its intelligence services and military forces.

This new coalition government reformed the country by introducing an ethnicity-based federal state which saw the country develop rapidly with massive infrastructure investment and stable economic growth. In addition, the old Marxist-Leninist line was abandoned by the TPLF, as with the fall of the Soviet Union in 1991 the new government pivoted towards closer cooperation with the US. Nonetheless, there was still active suppression of dissident groups, which due to the state’s closeness to the US and the EU as an ally tended to be ignored by western institutions.

After Meles’ death in 2012, however, general dissatisfaction with the government progressively grew, especially among the two largest ethnic groups – the Oromo and the Amhara, comprising around 35% and 27% of the current Ethiopian population. Eventually, after years of protests, representatives of the two communities joined forces to remove the TPLF from power: their goal was to get Abiy Ahmed, of mixed Oromo-Amharic parentage, appointed as prime minister, which happened in April 2018. With his victory, the goal became clear: to drain the TPLF’s power and influence in Ethiopia.

In a short period of time TPLF officials were sacked from key security posts and generals were arrested with important changes being introduced to counter the Tigrayan dominance of the armed forces. Furthermore, old political prisoners who opposed the TPLF were freed from the secret prisons, exiled dissidents were welcomed home, many public enterprises were privatised and restrictions on the media were reduced.

In July 2018, Abiy Ahmed signed a peace deal with Eritrea, which was an important blow to the TPLF’s ambitions, as the old Meres government had previously engaged in conflict with the Eritreans. This deal won Abiy the Nobel Peace Prize since it not only ended the ongoing border-conflict between the nations but also allowed for the restoration of diplomatic ties and movement of goods and people between the two countries.

However, in the summer of 2020 tensions between the current government and TPLF had exponentially risen after their refusal to hand over wanted fugitives as well as to join the new political party set up to replace the old ruling coalition – the Prosperity Party. Furthermore, with the removal of Tigrayan military leaders from the federal army of Ethiopia many TPLF-influenced military battalions retreated to Tigray.

The increase in hostilities between the TPLF and the Federal Government lead to the war-offsetting events that occurred during the night of the 3rd of November 2020: the TPLF-lead militias launched a pre-emptive attack against multiple military bases of the Federal Government in Tigray, notably against the Northern Command Units of the Ethiopian army. The national officers and soldiers that were captured were assassinated by the TPLF militias, with the remaining troops fleeing to Eritrea causing enormous outrage across Ethiopia. It was this act of aggression that officially marked the beginning of the Tigray War.

Consequently, Abiy Ahmed’s government mobilized the Federal Army towards Tigray to try and pacify the region as soon as possible. However, less than five days into the war there were already multiple reports of ethnic killings: the Tigrayans claimed that they were being attacked by the Amhara military and the Amharas asserted that they were being targeted by the Tigrayan militias. Furthermore, on the 14th of November the TPLF fired rockets at different airports in Eritrea, bringing them into the conflict, causing more military forces to be involved in it.

Initially, it seemed that the Federal Government’s offensive had succeeded: they managed to capture Mekelle, Tigray’s capital, on the 28th of November 2020, along with the Eastern part of Tigray. However, the TPLF was able to recapture the capital on the 29th of June 2021 and they launched a vast offensive which saw them recapture most of Tigray and pushing south, seizing various Amharic cities in July.

In October 2021, the Ethiopian government launched a new offensive against the advances of the TPLF, managing to recapture the Amharic cities that had been occupied and leaving the TPLF controlled territories to almost exclusively the Tigray region. As of March 2022, this is believed to be the current state of territorial distribution.

It is also important to mention the humanitarian consequences of this conflict: over 400,000 people were thrown into famine, with approximately 2.5 million people, both Tigrayans and Amharas, being displaced of their homes in the first year alone. In Tigray, currently over 83% of the population has no food security, with many services, such as the banking and communication zones, being unavailable. Overall, it is believed that over 9.4 million people have been negatively affected by this conflict.

It remains unclear whether a peaceful resolution is possible: the fierce fighting between both forces indicates that the cost of one force capitulating to another is great expenditure of military lives. However, the distrust that has been built over this year and a half regarding the accusations of atrocities and war crimes from both sides has resulted in calls for peace being barely acknowledged by the leaders of both parties.

Additionally, the introduction of a third-party mediator seems unlikely: whilst the TPLF lead-government used to be an important regional ally of the United States, Ethiopia’s recent integration into the Belt-and-Road initiative means that external geopolitical forces might already be influencing this conflict, preventing them from making an impartial assessment of it. Meanwhile, millions of lives will remain affected by this war, a war whose humanitarian impact cannot and must not be ignored.