The current public health crisis, which has put the world on pause, is a test to human beings and to societies in general. It’s one of the biggest challenges faced by humanity since WWII (as stated by Germany’s chancellor Angela Merkel) and has put in check all structures of society and their response to the unknown. With that being said, the Coronavirus crisis has also been a test to the European Union (particularly, the Eurozone) and its unity.

Since the beginning of the crisis, the unity has been questioned as there wasn’t a prepared common strategy to deal with it.  Indeed, borders started to shut down individually rather than collectively, which didn’t make much sense as it affected the free movement of people, a key pillar in European unity; Italy, which was the first European country severely affected with the virus, appealed to its neighbours for medical equipment and aid, which was promptly denied, further increasing the division and loss of faith in the EU; the question regarding coronabonds re-woke the mutualised debt discussion in the Eurozone and increased pre-existing tensions, with southern countries strongly defending this mutualised debt instrument to respond to the crisis and others (Germany, the Netherlands, Finland and Austria) initially denying it, reopening the old gap between North and South.

Indeed, every major crisis becomes a challenge to the EU (more specifically, to the Eurozone) and to its continuity and reinforces core differences between these “two regions”.

One key difference that cannot be ignored is productivity. On average, the “North” is much more productive than the “South”. According to OECD data, in 2018, countries like Germany, Netherlands, or Austria presented a higher GDP per hour than the average GDP per hour in the Eurozone ($59.64/hour); on the other hand, southern Eurozone countries such as Portugal, Spain, Italy or Greece had a lower productivity, below the Eurozone’s benchmark. This productivity division exists for a while and has impacted how countries experience economic growth and thus, their position as economic powers in the EU. Over the years, productivity has been increasing in both regions, with North above and the South always below the benchmark.

This difference has given space for some remarks throughout the EU’s history, with Southern nations being perceived as lazy by some Northern nations (let us remind some unfortunate comments made by former Dutch Finance Minister and president of the Eurogroup, who stated that crisis-hit countries, which were mainly Southern countries, spent their money on “drinks and women”). As shown in the graph, these comments are somewhat unsubstantiated, as Southern European countries work more hours yearly than Northern countries, reducing productivity, a complex and broad concept, often inherent to cultural characteristics. This serves only to further increase tensions between the two regions and further divide the EU, more noticeably in moments of crisis.

Another moment of division in the Eurozone dates back to 2008, when the Great Recession led to the European Debt crisis, resulting in the collapse of financial institutions and high government debt. This occurred due a high fiscal divergence between the member states, with Northern countries lending intensively to the South, creating an imbalance of capital flows.

Indeed, in years prior to the crisis, current accounts of the two “regions” were symmetric, with Germany, Austria or Finland experiencing positive values, while Portugal or Greece had negative accounts. Also, capital accounts presented a similar pattern, with the North experiencing much lower values than the South. Instead of promoting structural change in the economy (greater capital accumulation) to converge with the richer countries, the South channelled capital flows from the North to non-tradable goods, i.e., having no export value and created both consumption and investment bubbles (due to low interest rates). Following the 2008 financial crisis, this led to an unbearable situation that culminated in the financial rescue of many southern countries.

Who is to blame?

From the North’s point of view, the South was living above its means and was not taking essential structural fiscal measures: while Germany was promoting fiscal discipline (surplus over deficit), the South was excessively expanding domestic demand to raise consumption and investment, unprecedentedly. Southern countries argued that this crisis was a double-edged sword, as creditors were lending at their own risk (low interest rates) and thus, they also had some responsibility for the imbalances in the eurozone.

The lack of common analysis on the crisis encouraged division and the financial rescue packages (based on strict conditionality and fiscal consolidation, dictated by the North) generated political and public criticism in the South, as austerity was deteriorating socio-economic structures and life conditions. The South blamed Germany for imposing its domestic preferences, with major protests against austerity, criticizing what they called the “German-run” Europe.

Nevertheless, while Portugal, Greece or Cyprus were tightening their budgets to repay the debt plus interests, with low investment and unemployment was peeking, Northern countries, like Germany or Austria, benefited from the shift of investment from the south, improving borrowing conditions for their companies (for instance, in 2014, Portugal’s yield of its 10 year bonds were at 5.675%, while Germany’s were 1.944%) and hence, promoting their economic growth, further deepening the division.

In order to respond to this pandemic crisis, eurozone members discussed possible emergency economic solutions for 10 days, reaching a consensus. The coronabonds, a jointly issued bond, was one of the possible solutions, which intensified the friction between “North” and “South”. The eurobonds were mainly defended by Southern countries because it would be less costly to their governments to pay back the debt, also given the considerable amount of debt that they already have, as they would have easy access to credit at low rates. However, countries in the North, led by the Netherlands (and Germany), declined the idea of a eurobond because it would mean that their own taxpayers would be on the hook for the benefit of other countries, who they claim to have lived beyond their means, raising concerns of moral hazard. This divergency is not new; in 2008, in the financial crisis, the idea of eurobonds also emerged and was not applied. Unlike the previous crisis, where one can argue was caused by financial misbehaviour of some countries (endogenous factors), the current crisis is an exogenous shock that doesn’t discriminate based on cultural and fiscal differences, meaning that there should be a common solution rather than trying to blame countries on something that it’s not their own making.

Even though the EU has reached a short-term agreement worth over €500 billion to respond to the crisis, it hasn’t yet agreed on a common economic recovery, which is still a source of division. The real test will be when the economy slowly starts the path to normality. Meanwhile, populist, right-wing forces and eurosceptics observe, with discontent, how this crisis unfolds.

It’s up to the European Union to stay together. 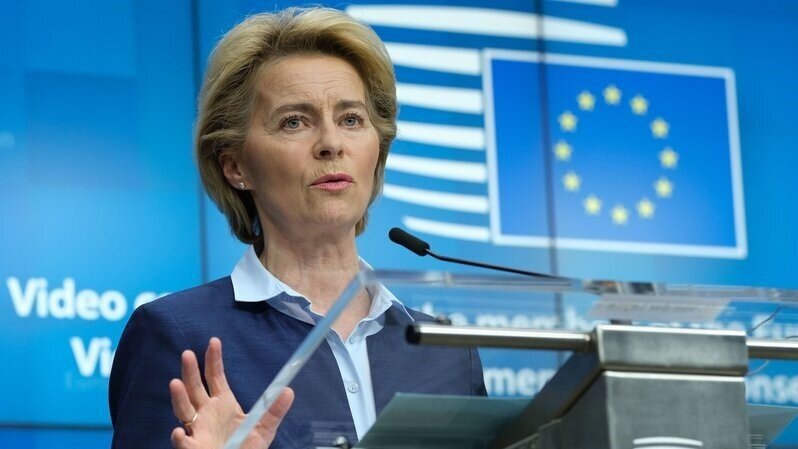