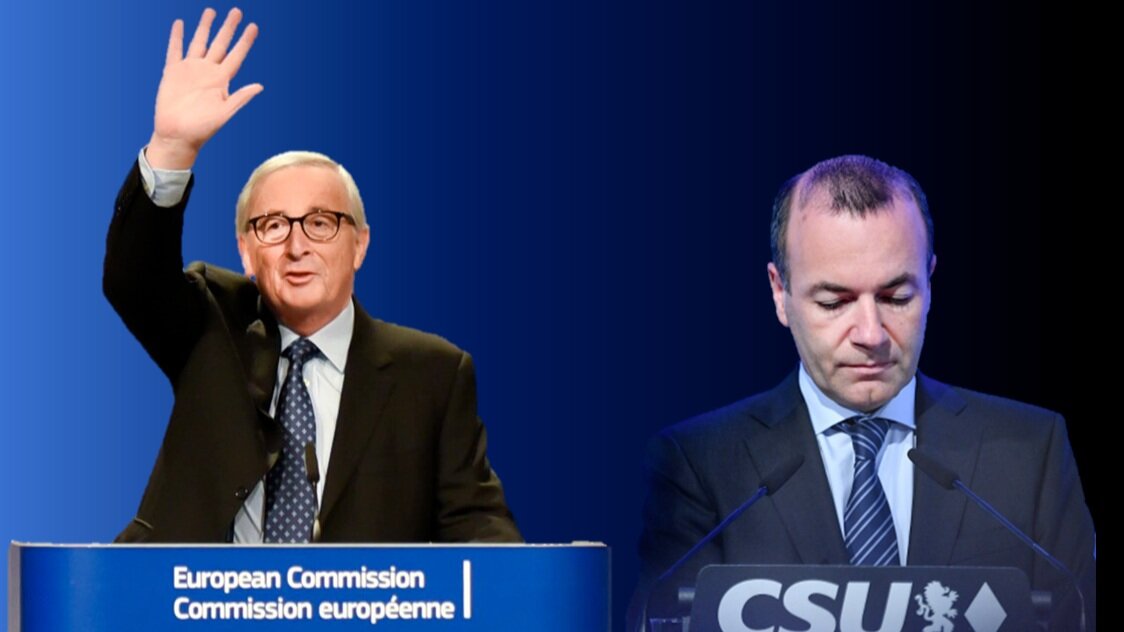 From Hero to Zero: the Spitzenkandidat System

In late January, MEP Nigel Farage, leader of the Brexit Party, bid farewell to the European Parliament (EP), with a speech in which he accused the EU of being “anti-democratic” and giving “people power without accountability”. His speech is just the latest to add voice to the chorus of criticism pointing fingers at the EU’s democratic deficit. Critics condemn the lack of transparency in the dubious process by which top posts in the EU are chosen, which is decided behind closed doors and backroom deals, and compromises the democratic legitimacy of the EU’s governing bodies. As a result, many have been the appeals to reform the current electoral system of the Union. One of the most daring attempts came in 2014.

For years, as long as a candidate was acceptable by Parliament, the Council could pick anyone they wished for the post of Commission President, without ever presenting that candidate to the electorate prior to the elections. In the 2014 European elections, Martin Schulz, leader of the European Socialists, challenged this idea. His suggestion was that, similarly to any national parliamentary election, each European parliamentary group would pick a Spitzenkandidat (German for lead candidate) prior to the elections, and if the parliamentary group with most seats was able to secure a majority, then the corresponding Spitzenkandidat would be nominated Commission President. This meant that nominees for Commission presidency were picked a priori, rather than a posteriori to the elections, allowing the electorate to get to know the candidates for Europe’s top post and vote accordingly.

This idea gained huge support from Parliament. A broad coalition of the Communists, Socialists, Greens, Liberals and the centre-right EPP all nominated their Spitzenkandidat for the 2014 elections, firmly stating that they would reject any nomination by EU national leaders that wasn’t one of these lead candidates.

The scheme was a great success. The EPP emerged victorious with 29% of votes and, with the backing of the Socialists and the Liberals, guaranteed a majority supporting their lead candidate, Jean-Claude Juncker. The Council was caught off-guard, having no choice but to nominate Juncker. For the first time since European elections began in 1979, the electorate’s vote influenced the composition of Europe’s executive branch.

However, the euphoria surrounding this apparent victory for European democracy was short-lived. Five years later, in 2019, the Council refused to nominate Manfred Weber as Commission President, the lead candidate for the once-more-victorious EPP. Instead, it picked Ursula von der Leyen, someone relatively unknown to voters and who had not stood in the elections, marking the death of Spitzenkandidat.

So, what caused this demise?

Despite Juncker’s election being regarded as a success for Parliament, there was a general consensus that the system needed improvement in preparation for the 2019 elections. Critics of Spitzenkandidat pointed to the fact that turnout had reached an all-time low of 43%, while a survey revealed that only 5% of people voted to influence the Commission presidency. This effectively meant that only 2% of eligible voters adhered to the Spitzenkandidat system, and solely 0.6% of the voting-age population consciously voted to give the presidency to Juncker, obviously raising doubts on whether the system did indeed increase the Commission’s democratic legitimacy.

Furthermore, as constituencies for European elections respect national borders, this meant that Juncker only appeared on the ballot paper for the 260 thousand Luxembourger registered voters, and the remaining electorate could only vote for him indirectly. To solve this, in 2018 the EP proposed the creation of a transnational European constituency, which would give each voter two votes: one for their national representatives and one direct vote for their preferred Spitzenkandidat. The rejection of this proposal ultimately led some EP groups to retract their support for the system, meaning that, unlike in 2014, the EP wasn’t united behind Spitzenkandidat in the build-up to the 2019 elections.

Simultaneously, EU national leaders, still bitter over being upstaged in 2014, also warned that they refused to relinquish control over choosing who would lead the Commission in 2019. This resulted in an institutional power struggle between Council and Parliament, undermining the entire system.

Ironically enough, non-Spitzenkandidat Ursula von der Leyen has come out in support of the system and has vowed to reform and reinstate it within her mandate.

Truth be told, as flawed as it was, Spitzenkandidat was a boost to European democracy. In a Eurobarometer survey performed in 2018, 57% of respondents stated that they were more likely to go to the polls in the upcoming elections because of the Spitzenkandidat system. Coincidence or not, in 2019 turnout for the European elections increased for the first time in history, from 43% to 51%.

However, for a similar system to be re-established in the future, the electorate must be aware of who they can choose from to steer Europe’s future. Even when it was still intact, very few voters were conscious of the magnitude with which the Spitzenkandidat system amplified their voice in choosing the Commission President (a mere 8% in 2019). In 2019, when Germany was home to two Spitzenkandidaten, Manfred Weber for the EPP and Ska Keller for the European Greens, their media coverage was so low, that only 26% and 7% of Germans knew who these two lead candidates were, respectively.

Furthermore, a survey exposed that 77% of people believe that the lead candidate system “only makes sense if it is accompanied by a real debate about European issues”. Currently, it’s tremendously unclear whether European elections truly exist, or whether instead we have 28 simultaneous national elections. Pre-elections campaigns are typically dominated by national issues rather than European ones, where political opportunism from national parties who want to promote their domestic agenda is abundant. In 2019, Prime Minister António Costa stated that the European elections were to be treated as a confidence vote on his party’s domestic governance. In Germany, in the 2014 EP elections, the CDU’s billboards featured Angela Merkel, rather than her party’s candidate to the European Parliament. Since lead candidates represent EP groups rather than national parties, awareness of the European allegiances of national parties is also crucial for Spitzenkandidat to ever work again, as the electorate must be conscious of how their vote influences the composition of the Commission.

There are many hurdles that must be cleared before von der Leyen succeeds in guaranteeing that your vote matters in the choice of who steers Europe’s ship in 2024. The first step should, however, be to increase the number of people aware of the Spitzenkandidat system. As Thomas Jefferson stated, one of the prerequisites for democracy is an informed electorate.