Snowflake, the special one (Part I)

Snowflake, the cloud data platform based out of San Mateo, California, achieved worldwide notoriety following its record-breaking IPO which resembled some of the dotcom IPO’s of the early 2000’s, as well as raising over $3 billion in a busy week for the IPO industry, with several other eye-catching newly listed companies, namely Unity, the 3D game development platform, and Disrupt, the first ever online IPO.

The cloud data company more than doubled its market capitalization in its first session on NYSE and managed to get the interest of iconic investor Warren Buffet, who does not fancy tech stocks.

How it all started…

Snowflake Inc. was founded in 2012 by three data warehousing specialists, the French-born Benoit Dageville, President of Product Division, and Thierry Cruanes, Chief Technical Officer, together with Marcin Zukowski, Vice-President of Engineering, later joined by investor Bob Muglia, who took up the role of CEO from 2014 to 2019.

The company set out to create the first data platform fully envisioned for the cloud, rather than traditional on-premise data warehousing. The benefits rely on the possibility for corporations to fully mobilise the data they can access from internal and external sources, orders of magnitude faster than previously possible.

Since its inception in 2012, the company raised $1.4B until its Series G round earlier this year, among the most important Venture Capital firms to have invested in Snowflake are Sutter Hill Ventures, which held more than 20 percent of its shares before the offering, Sequoia Capital and Redpoint. Another key investor is Berkshire Hathaway, the company led by Warren Buffet purchased $320m from the company’s previous CEO Bog Muglia, in addition to a $250m stake alongside the flotation. Much of the money raised was burned buying market share, and although the company records triple digit revenue growth, the same cannot be said for profits as it continues reporting losses.

In 2019, Frank Slootman , the man who coined the term data cloud, joined as new CEO with the mission to take Snowflake public, with him brought the experience of having led two companies’ IPO, ServiceNow and Data Domain, both in the cloud computing segment. Slootman was also expected to focus on large customers, helping snowflake take on bigger rivals such as Amazon, Microsoft and Oracle, at which he has been successful.

Data is becoming paramount to business success and the explosion of data collected worldwide is allowing for rich insights. Data has been compared to oil, and snowflake is to data what a refinery is to oil. When choosing where to store and manage large amounts of data, companies have historically done so on premise, investing large amounts in on-premise infrastructure. The improvement in communications technology is enabling data to be transferred, stored, and manipulated in the cloud, at a low cost, and the adoption of cloud services is therefore accelerating.

Legacy on premise appliance providers such as Oracle, Teradata and HP Enterprise are set to lose market share to Snowflake due to these trends, as they suffer from a series of problems which Snowflake solves, the main problem being data silos, a collection of data that is held by one group in a particular location and is therefore not easily accessible to other groups, resulting in the same data being stored many times in different locations. Legacy databases are expensive to maintain, difficult to use, don’t allow for seamless data sharing, require investment if volume of data is significantly increased and it is hard to implement a multi-cloud, cross region, data management strategy.

Snowflake is threatened mainly by other cloud services providers such as Microsoft Azure (MSA) and Amazon Web Services (AWS), although it can also be complementary to these providers, acting as the single data warehouse that shares the data to be analysed by data analytics applications offered by AWS or MSA.

Snowflake, like other cloud-based platforms, offers services ranging from data storage and processing, to accessible computing power, while making the most of technology in relation to computer resources, facilitating decision-making and providing solutions to issues each one of their users may encounter. However, as the success of its initial public offering (IPO) may indicate, they are set apart by key characteristics that enhance users’ experience.

An indispensable advantage, in the cloud-based platform’s possession, is the fact that it optimizes its clients’ performance in relation to their costs while using their platform. That is, through the separation of data storage to its computational capabilities, it is able to scale up or down (add or remove information) when necessary, in order to ensure no irrelevant information is being considered when complex objectives are being pursued. Given Snowflake charges for storage based on terabytes stored per month, and computation on a per-second basis, the fact that they’re separate appeals to firms who do not partake heavily in both activities, as they are able to only pay for what they use, as opposed to bundled services offered by competition.

Furthermore, another advantage of keeping storage and compute separate is data sharing. In other words, users can share their data with entities that are Snowflake customers as well as those who are not, in real time. This is particularly relevant for those who are accustomed to share data through File Transfer Protocol (FTP), for Snowflake provides a competitive service which is more efficient yet better protected and audited.

Finally, its unique, patented multicluster architecture which addresses concurrency issues is a big pro for the company, when compared to its competitors. It ensures queries from one virtual warehouse never clash with ones being carried out in another virtual warehouse, therefore users never have to wait for other loading processes to be completed before they find what they need.

Snowflake’s vision of the “Data Cloud” is also a differentiating factor from their competitors.  Their focus on allowing their customs and partners to share data with each other creates a powerful network effect. The more customers adopt our platform, the more they can share data with, or receive data from, other Snowflake customers, partners, and data providers. For example, on the 18th of March 2020, Starschema Inc made its Covid-19 epidemiological data available on Snowflake’s data marketplace. Hundreds of Snowflake customers then used this data to analyse the impact of the outbreak.

Coming up for Snowflake…

Though Snowflake’s future is uncertain, and it is operating at a lossmaking pace, it has also raised $3.4 billion with the IPO. The cloud-based storage firm’s financial statements are making a stride in a favourable direction, with the last quarter’s revenues of $133 Million (121% of its revenues this time around last year), and its losses are curtailing. Besides the numerical indications of possible prosperity, it is a firm that is perfectly placed in space and time, as firms transfer from on-premise data to cloud data storage.

Despite competition not being null, Snowflake has other industry giants invested in their service – the likes of Nike, Apple, CapitalOne, among several others. Moreover, it enjoys solid relations with the 3 largest cloud providers in the US (Amazon’s AWS, Microsoft’s Azure and Google Cloud Platform). In addition to that, they boast a customer retention rate of 158%, suggesting their existing clients are spending 58% more than previously.

Finally, according to research carried out by the world’s premier global market intelligence firm, IDC, within 3 years, the cloud market will be valued at 84 Billion US Dollars, promising room for growth for existing firms, with Snowflake definitely not being an exception. 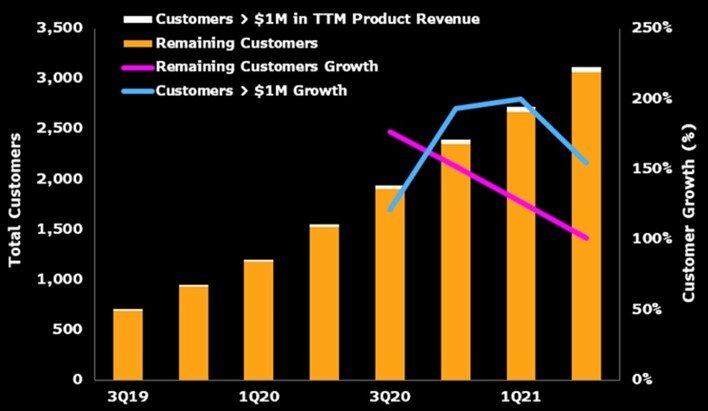 If you enjoyed reading about Snowflake, make sure to check out Finance Team’s article on their IPO coming out on October 2nd 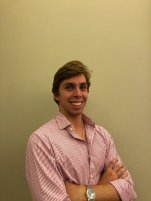