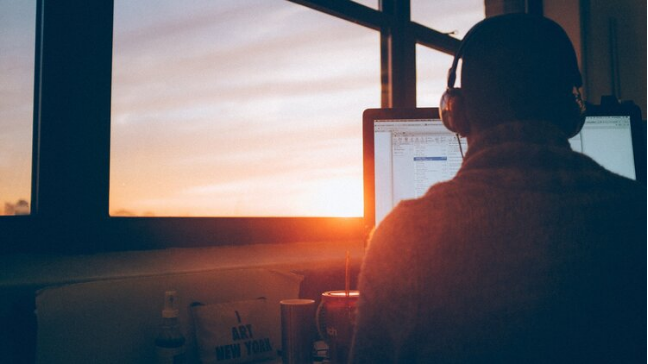 Snowflake started trading on the 16th September 2020 on the New York Stock Exchange (NYSE) and it could not have a been a more successful Initial Public Offering (IPO). Under the ticker SNOW, the company took the central stage in the largest IPO of an American software firm.

Goldman Sachs was the investment bank responsible for Snowflake’s IPO and it left some people wondering if the respectable Wall Street institution had not made a huge mistake and mispriced this IPO. And the reason was the first day of trading: Snowflake’s shares were priced at $120 and they increased more than 160% reaching $315, before closing at $253.93, which is still almost 112% higher than the IPO price.

Although this is not unheard of, since we have the case of LinkedIn and dozens of examples during the dotcom boom, only a very small percentage of IPOs tend to double in value in their first day. But there is a better explanation than the fact that Goldman Sachs and Snowflake failed to correctly assess the company’s market value. There were several institutional investors that traded the company’s shares for a quick profit and others that just held their position, but the real main drivers of this one-day bubble were retail investors that traded over and over the same number of shares similarly to what has happened in the recent “tech bubble”.

The bottom line is that Snowflake was able to raise $3.4 billion and, by the end of its first day of trading, it displayed a $70.4 billion valuation, which is more than five times its private valuation in February of the same year.

A “sell” rating from Summit Insights Group marked the first analyst rating of Snowflake, earning the title of “the most expensive name in all tech”, despite its impressive debut in the public market. Srimi Nandury, analyst at Summit Insights Group, expressed concerns about Snowflake’s valuation stating that combined with its “limited differentiation” from company’s such as Google’s BigQuery, and Amazon’s Redshift, “For the stock to work from the current levels, Snowflake needs to execute flawlessly quarter after quarter, and have to live up to lofty expectations and grow into its valuation”. Indeed, Snowflake shares are considered to be at risk of a sharp reversal, stepping into bubble territory. Moreover, the tremendous run presented by the stock placed SNOW as an unstable stock, yet investor’s enthusiasm is undeniable and, as previously mentioned, retail investors were primarily responsible for the gains, rather than institutional players.

If the hype for the cloud-based data provider was already high, news that an unprecedented move coming from Berkshire Hathaway, the half a trillion-dollar company that put Warren Buffet on the map, caught every investor by surprise, sending demand even higher.

The 90-year-old investor is known for its aversion to tech companies, which he has stated of failing to see their potential where there is one. Moreover, the fact that this is a high-growth, money-losing and expensive-looking stock, news stating that Berkshire was investing as much as $250 million in the IPO, plus a 4.04 million shares (at debut price $120) bought from Berkshire directly to a stakeholder (a total investment of $730 million) caught everybody off guard. And if this was seemingly confusing to investors who have followed the investing rationale chosen over the years by Berkshire, the fact that Buffet has been a criticist over the years of investing in new issuers, comparing it mostly to gambling, created the speculation that the decision behind this investment was being made by Buffet’s lieutenants: Todd Combs (also CEO of GEICO) and Ted Weschler, who manage about $14 billion each worth of Berkshire Hathaway’s portfolio.

In fact, in an interview given to CNBC in May 2019, after asked on whether he would be interested in buying Uber’s IPO, Buffet responded saying “ In 54 years, I don’t think Berkshire has ever bought a new issue (…) The idea of saying the best place in the world I could put my money is something where all the selling incentives are there, commissions are higher, the animal spirits are rising, that that’s going to better than 1,000 other things I could buy where there is no similar selling enthusiasm and the desire to get the deal done… we like to buy things where nobody is making a dime”

Right philosophy or not, Berkshire had a return of around 110% just in the first trading day, profiting an absurd amount of around $800M on one stock which, at the end of the day, is a huge outsider under the holding company’s portfolio.

A study conducted by Harvard Business School professor Malcom Baker and New York University finance professor Jeffrey Wurgler uses the first-day return of IPOs as an indicator to quantify investors exuberance and explains “ because it is impossible to short-sell IPOs, the first-day returns are driven by sheer speculation and optimistic buyers who may or may not do their homework on any given deal”. If we calculate the average of the first-day returns of IPOs so far this year we get a value close to 42% – the highest percentage since the internet bubble in the late 1990s. Particularly in the sector to which Snowflake belongs, this year already 12 technology IPOs in the US have priced above their initial range and increased their value since they went public – as an example, take a look at Shrodinger Inc. (229.7%), BigCommerce Holdings Inc. (212.3%) and nCino Inc. (143.7%).

Therefore, it is important to understand the factors in the origin of all this enthusiasm around cloud-software companies. One of the explanations was given by Jacob Shulman, the chief financial officer of JFrog, another company from the software sector which debuted this year on Nasdaq. For Shulman, which defended that the COVID-19 pandemic strengthened the existing relationships between costumers and companies that can help employees maintain productivity while working for home. For Shulman, software is becoming an integral part of our lives and the pandemic just crystalized the need for digital transformation. Indeed, if we take a look at the development of Zoom which increased 1100% since its IPO in 2019, Shulman could be right. Also, some specialists argue that recent enterprise technology companies take into consideration the fact that being a public company enhances their credibility when selling to new costumers – one more possible explanation to the recent increase in the number of IPOs in the tech sector.

However, back to the study of Baker and Wurgler, evidence was found that the stock market historically has produced below-average returns when investors are exuberant. Thus, should we fear a bubble burst like the one back in 2000? For Jay Ritter, a scholar from the department of finance at the University of Florida, defends that new conditions exist nowadays, making a crash less likely. For instance, the decline in the stock market during February and March could have created such fear and uncertainty that IPO underwriters have been reluctant on setting too high an initial offering price. Therefore, as a consequence of setting low prices, IPOs enjoy bigger first-day bumps after going public. Furthermore, nowadays firms have also some differences when compared with tech companies from the 1990s. The new tech companies now go public relatively later and have already demonstrated that their products or services have demand and many of them have inclusively significant sales. 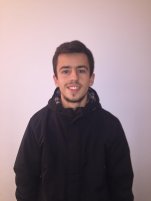