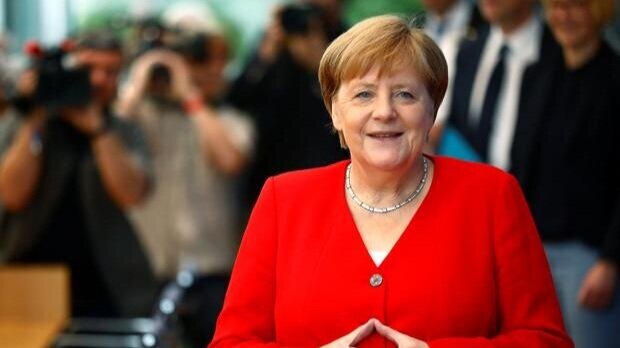 Merkel – A Legacy Part I

In the last year and a half, Germany has been under two periods of a quasi-recession (a technical recession would happen if their quarterly GDP growth rate was negative for two consecutive quarters). But which long-term legacy will Merkel leave as Germany’s first female Chancellor?

A substantial number of Germans see Merkel as the saviour of the economy. Her economic reforms reduced unemployment to the low levels of the 1980’s, cut public spending and saw GDP grow by over a fifth over the past decade. However, her 2015 open borders policy was deeply unpopular in the eyes of her party’s electorate, many of which found refuge in the right-wing and Eurosceptic party Alternative für Deutschland (AfD), now the third-largest political party in the Bundestag and the main party of the opposition (the centre-left Sozialdemokratische Partei Deutschlands (SPD) is the second-largest party in the Bundestag, although it is not part of the opposition because it is part of the governing coalition).

According to a poll done in March 2019, 52% of Germans are satisfied or very satisfied with how Merkel is governing the country, but only 30% are pleased with what her government has achieved. The numbers are reasonably good for her centre-right party, even though it is polling 6.9% lower than in 2017 and 15.5% lower than in 2013.

To make matters more serious, if an election was to take place today, the current ruling grand coalition between CDU and social democrats SPD (both historically either the main opposition or governing party) would fall short of an absolute majority. The CDU, while still the favourite to win the general election of 2021, could have the worst electoral result in its history (31% in 1949). However, the decline in the opinion polls of Angela Merkel’s party is a consequence of the low popularity of her likely successor and current head of the CDU, Annegret Kramp-Karrenbauer, to whom polls attribute a 37% approval rating.

The other historical governing party, the SPD could have once again its worst electoral result ever (currently polling at 13%, below AfD) and, for the first time since World War II, no longer be either the first or second-largest party in the Bundestag.

To conclude, with only 30% of voters being satisfied by the work of the coalition, the political future of Germany is highly uncertain. This arises from the fact that the two political parties that have ruled Germany are expected to have all-time low results in the next elections, and also due to the resurgence of right-wing populism in the Bundestag.

Merkel was seen by many, especially in Southern Europe, as the face of austerity. The hard-line enforcement of austerity measures may have popularized her in Germany, but in parts of Southern Europe, it helped fuel support for populist movements, such as the Italian coalition between the anti-establishment Five Star Movement and anti-immigration party Lega. In Greece, it led to the rise of the left-wing and anti-austerity party, Syriza. In Eastern Europe, Merkel’s policies regarding the migration crisis were heavily criticised and used by right-wing populists to gain support, such as in Poland or Hungary.

Merkel is widely seen as a trusted politician throughout Europe. According to a Pew Research Center study from October 2019, 57% of people across the EU are confident Angela Merkel will make the right decisions regarding world affairs.

Macron is the runner-up, with 45% of people across the EU trusting his decision-making regarding world affairs. Another Pew Research Center study, dated from June 2017, concluded that 71% of Europeans have a favourable opinion of Germany. The Greek population expresses a different sentiment, where merely 24% of the population expressed a favourable view of Germany. The same research shows a plurality regarding Germany’s influence when it comes to decision making in the EU, with 48% thinking Germany has too much influence, while 44% think it has ‘about the right amount’ or too little.

Some see Angela Merkel as the last strong liberal leader in Europe and fear her absence could lead to a power vacuum that could have as consequence an increase in the influence of the current nationalist leaders in Europe. However, what this data shows, is that Merkel has established herself as a trusted politician for the majority of citizens in the EU. After 14 years as Chancellor of Germany and as the most powerful leader of the union, Merkel is nearing the end of her mandate. Although it is still uncertain who will take her place on the stage, what is known for sure is that the legacy built on 30 years of politics is hard to replicate or surpass.

On that account, independently of how positively or negatively Merkel’s legacy is judged either in Germany, in Europe or worldwide, the supreme question remains:

Is the next successor up to the task and able to fill Merkel’s Power Suits?