Taiwan in the Past

The island of Taiwan was first settled by the Chinese in the 7th century AC. Its early history is intertwined with that of mainland China. The Portuguese reached the island in 1590 and named it Formosa, “beautiful”, it was then known by this name in the West for the following centuries. Taiwan was once a colony of the Netherlands and Spain, until mainland China regained control in 1683, under the Qing Dynasty.

In 1895, after the Sino-Japanese War, the island was ceded to Japan, who retained it until the end of the Second World War. After Japan’s defeat, the Allies conferred Taiwan to the Republic of China (ROC), a democratic republic that had replaced the Qing Dynasty in 1912.

However, at the time the ROC was fighting a civil war against Communist rebels in the mainland. Even Though the Nationalists, or Kuomintang, led by General Chiang Kai-shek, and the Communist Party of China, led by Mao Zedong, had made a truce during WWII to fight the Japanese invasion, after the war, hostilities resumed. In 1949, after losing four successive capitals in the mainland, General Chiang took refuge in Taiwan and declared Taipei the temporary capital of the Republic of China. He was followed there by two million people – mostly soldiers, members of the Kuomintang intellectual and business elites – and brought with him many Chinese national treasures and much of China’s gold reserves.

Henceforth, Taiwan was ruled as a single-party autocracy under martial law.

General Chiang regarded himself as the legitimate ruler of China, promising to one-day reconquest the mainland. His government retained China’s seat in the UN General Assembly and on the Security Council until October 1971, when both were transferred to the People’s Republic of China. Along with Richard Nixon’s 1972 visit to Beijing recognizing the PRC, this marked the end of the ROC’s plans to reconquer the mainland.

In 1987, martial law in Taiwan was lifted, opening the doors to democracy. In 1988, Lee Teng-hui became the first Taiwan-born president. Lee continued democratic reforms and replaced many mainland-born high officials with ones born in Taiwan. He promoted Taiwanese culture and held the first legislative elections in four decades. The old Parliament, elected in 1947, still had representatives of mainland China; the new Parliament only represented Taiwan, acknowledging it had no control over the mainland.

Throughout the 1990’s, Taiwan continued to move towards democracy and away from its territorial pretensions. A constitutional amendment in 1991 designated Taiwan as the “Free Area”, the only area under the government’s jurisdiction.

Despite operating independently since 1949, China still regards Taiwan as a rebel region that they urge to recapture.  Plus, due to Chinese pressure, merely 15 countries have official diplomatic ties with Taiwan, and though the US is not among them, they provide Taiwan with military support, serving as their grand ally and protector. Therefore, the China-Taiwan relationship is somewhat combative. However, it has been improving: transport, trade and communications were restored between the countries in 2008.

Though initially deep-seated in Chinese tradition, Taiwan has been able to move far enough from the Chinese core ideals for them to be differentiated. For instance, even though their official language is Mandarin, they have also developed their own dialect, Min Nan Chinese. Moreover, they have their own currency, and their political system is visibly disparate from the mainland´s.

The current Taiwanese president, Tsai Ing-wen, became Taiwan’s first female president, after winning the 2016 elections with 56% of the votes in favour of her traditional, Democratic Progressive Party (DPP), 16 years after the party’s first presidential victory. Tsai’s vision has always empowered the idea of an independent, Taiwanese identity, while putting democracy at the country’s steering wheel.

While Tsai devotes her political involvement to Taiwanese sovereignty, she must mind the consequences of her actions, in order to prevent estranging China, and throwing to waste the 8 years of friendly ties, under the former President, President Ma Ying-jeou.

In defiance of China’s oppression, Taiwan ranks among the world’s leading computer technology producers, with Foxconn Technology Group as its leading firm, netting an income of 4.24 Billion US Dollars in 2018, making it a major economic player in Asia. In addition to that, it has marked its presence globally, as one of the freest places to live, despite the uncertainty surrounding it being an independent nation.

Freedom, according to data, is correlated with the political system – democracies seem to provide freer living standards. In a report done by the Cato Institute, the Fraser Institute and the Liberales Institut at the Friedrich Naumann Foundation for Freedom, the Human Freedom Index (HFI) represents the state of human freedom globally, to what pertains personal, civil and economic freedom. It is estimated that Taiwan has an HFI of 8.4, ranking closely to Nordic countries in terms of freedom; while China merely has an HFI of 6.17, which ranks closer to less developed countries, such as Libya (4.64) and Iraq (4.34). This could be rooted in their different political systems, though other factors contribute too.

Taiwan in the future

Taiwan’s future remains uncertain. The last elections were the result of Taiwan’s will to remain detached from China. Tsai Ing-Wen, the re-elected president from the democratic progressive party, had an expressive victory, in the 2020 presidential elections, over the second favourite pro-China candidate. He is the only hope, for many citizens, to maintain and reaffirm Taiwan’s sovereignty.

China, however, doesn’t seem to give up on Taiwan that easily. President Xi Jinping has already clearly stated that Taiwan’s issue “should not be passed down generation after generation”. China’s plan to finally solve Taiwan’s question seems to be near. Many doubts arise from this desire. How will China accomplish the so-called Chinese reunification, after already having retrieved Macau and Hong Kong territories?

Many say that Taiwan will not be able to manage China’s growing diplomatic and military pressure. Others argue that Taiwan is willing to fight for their recognized independence, at whatever costs. The truth is that military investment from both countries has been growing during the past years: In 2020 Taiwan announced that military expenses would amount to 11.9 billion dollars, roughly 2% of their nominal GDP. China’s army, on the other hand, will have a budget of 180 billion dollars, corresponding to 1,3% of their GDP.

Can we be witnessing the escalation of an unavoidable war? 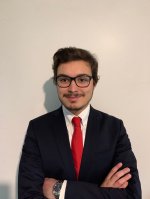 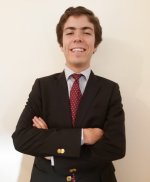 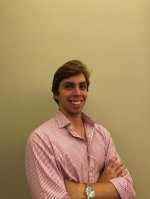