US Elections 2020 and the Stock Market

General effect of elections on the Stock Market

Political stability is known to be one of the most relevant requirements for one to invest in a given market. Given this fact, it is no wonder that the United States have been the number one place to invest in over a century. One may say its capitalist policies have been the primary cause to that result but it is also important to notice that, unlike many of its European and Asian peers, this country has been under an ongoing democracy since 1776, which ultimately led the country to be seen as one of the most safest and transparent places to do business in.

Since we are talking about one of the main drivers of the current world economy, any political deviation tends to trigger either positive or negative worldwide economic forecasts, thus, influencing financial markets as whole.

Going into the most recent elections between Joe Biden and Donald Trump, and despite the polls pointing from day one to the Democratic nominee, expectations about bullish or bearish views on the market (e.g. Energy Sector) were highly reliant on this election. However, it is important to bear in mind one very important aspect: both the Democratic or Republican parties believe that, under their own policies, the overall economy will grow at a faster and sustainable pace than under the other. Therefore, usually there are no major setbacks in stock markets since a large share of the US population must trust on the chosen economic strategy.

But for how long can this volatility affect the market?

Let’s use for example the two most disputed elections of the new millennial:

In the midst of a Dotcom Bubble and a slowing US economy, the Al Gore vs George W. Bush clash took place, leading to one of the most disputed elections the country had ever seen, with a losing candidate having more popular votes for the first time since 1888 (Gore had approximately more 500.000 votes than Bush). After a very close race between both candidates, Florida’s 25 electoral votes were called “too close to call” after George W. Bush had won the state by a mere 900 votes out of a 6 million ballots cast. Such a close margin led Gore to demand a recount by hand in vary crucial counties, thus, postponing any official announcement for 36 days, and taking Wall Street into some red territory.

Overall, the S&P 500 had tumbled 7.8% during the recounting of votes and the final decision by Florida’s Supreme Court to overrule that same recounting.

During the final hours of the shocking 2016 elections, investors once again feared that no one would come out victorious as Florida’s counting was already looking similar to the one seen 16 years before. As so, Dow Futures plunged as much as 5% in the after-market, as a close call could once again lead to a lingering recount. Nevertheless, Hillary Clinton conceded the victory shortly after the official results came out, bringing relative calm to the stock market and even giving it some momentum.

What were the markets betting on?

For months, the world had its eyes on the U.S. Elections and last week’s slow and excruciating wait for its outcome left millions of people worldwide constantly refreshing electoral maps and predicting its result. As millions of individuals around the globe, the stock market also established its prediction, based on one specific indicator: the S&P 500’s performance.

Historically, since World War II, 88% of the times the most relevant equity index in America fell in the three months prior to the election, the incumbent party lost. On the other hand, when the S&P 500 showcased some growth, the incumbent candidate for the presidency has won. This year was no exception. Until little time prior to the elections, the index was predicting a Republican win, yet, on the last Friday of October, markets were shaken and the S&P 500 drop 1.2%, registering a 0,04% plunge between the last days of July and October that, despite the very slight margin, meant a favorable result for Joe Biden, the Democratic candidate.

Despite the general idea that a Trump presidency would ultimately benefit Wall Street due to lower taxes and loose regulations, investors, businesses and the overall corporate America showed no worries of a possible blue wave, even considering Biden’s explicit support of a higher corporate tax rate, stronger unions and an expansion of government-run health insurance.Indeed, according to Harvard Business School professor Deepak Malhotra, “There is a growing sense that for business to do well, [and] for the economy to do well and to grow, you need a government that’s functional” matching JPMorgan statement that, despite the “consensus view” that a “Democrat victory in November will be negative for equities”, the multinational investment bank sees this “outcome as neutral to slightly positive”. Furthermore, Goldman Sachs stated that a Democratic win would increase the possibility of a fiscal stimulus package amounting to $2 trillion by the time of Joe Biden’s inauguration and his plans to increase spending on infrastructure, health care and education would ultimately “match the likely longer-term tax increases on corporations and upper-income earnings”. Supporting such predictions, Moody’s Analytics investigation outcome showed that Biden’s economic policies would create more 7.4 million jobs that Trump’s would, leading the economy to return to full employment by the second semester of 2022.

One should also not forget the fact that Joe Biden, given the current predictions, will rule the US under a Democratic Congress and a Republican Senate accentuating the need for compromise in all future policies. Rumors have it that Mitch McConnel and Biden have a healthy and professional relationship of mutual respect and they have worked well in the past, but only time will tell if the Senate will constitute an obstacle to the future POTUS or a means of achieving bipartisan consensus regarding the future of the United States of America.

Ultimately, investors dream about stability and smooth transitions of power. The latest remarks made by President Donald Trump before and after the elections, where he refused to concede to Biden and promised to legally contest the voting outcome, worried financial markets. Uncertainty surrounding the most powerful office in the US means trouble for investors and, due to this fact, we dare to say that they are looking forward to a Biden presidency and a peaceful ending to the Trump era. At the moment this article is being written, the outcome of the election does not seem final since top Republican officials are backing Trump’s unfounded accusations of election fraud pushing the process to the courts of law. If there is not a clear victor soon or if Donald Trump continues to refuse the will of the American people, markets will get edgy and volatility will be the law, in the short run. 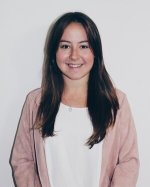