Luxurious consumption: (not) for everyone?

Since the beginning of mankind, evolution has gone far changing fundamentally the way we live our daily life despite little or no change in our biology since thousands of years: we now have healthcare, language, our habits.

Still the most fundamental things of our nature did not change much.

Humans’ most basic needs did not disappear as we are still subject to biology (we need safety, sheltering, food, sleep…). But steering from survival we also have needs that, still biological, are necessary for a pleasant existence. The overall desire to feel accomplished, recognized and respected is one of them.

The american psychologist Abraham Harold Maslow theorized about human needs as being hierarchical. He put the Esteem needs towards the top of the pyramid in his famous Maslow’s Hierarchy of Needs chart. The framework is still used today as the basis for many consumer psychology studies (brand managers know this well!).

All these needs are shared with our ancestors, even though the ways we satisfy them today are much different.
For this article, we want to focus for a moment on the esteem needs and how we deal with them.

Travelling back in time, we realize that the way we perceive status and accomplishment has changed dramatically. Back in the early 20th century,  recognition of prestige and success was relatable with something that today is considered as basic income level goods: simply owning a car or having access to products and appliances like a toaster, a vacuum cleaner or a radio were status symbols upon release.

Thanks to a mass economy of scale, globalization and technological advancements prestige is less correlated with these things and access to common goods and easy mobility is somewhat granted for a big percentage of the world population. Following our previous example, having a toaster in the 50s was somewhat a luxury whereas today it is just a machine taking up space in a kitchen. This means that what was considered a luxury in the past, is now considered common, which forces people to search for something original, unique and that makes them feel special in comparison to their peers.

As a result, people are going a long way to present themselves as accomplished and successful. Evidence has shown time and time again that luxury purchases are overwhelmingly emotional and driven by perceptions regarding self-identity and self-comparison. Since luxury goods have the ability of changing the perspective of who we are, they deliver emotional benefits regarding self-esteem, power and overall satisfaction regarding the consumer and his identity.

A paper of 2015 about preference of luxury goods concluded that luxury products are associated with success and considered a way to satisfy needs of social integration. In the study, most participants stated that luxury items helped them to highlight their personality and demonstrate their self-value, improving their confidence and self assurance, meaning that, through the purchase of expensive items or services, people get a feeling of accomplishment that enhances their idea of self-worth.

This is relatable to the concept of “conspicuous consumption” that was first introduced by the economist Thorstein Veblen. In essence, so-called luxury products serve a purpose beyond their utilitarian value, by providing a more visible one: the status value of the product. They provide the chance to publicly display individual economic power.

More recent studies further confirmed this vision, as Rayo and Becker (2006) suggested, the purchase of certain items was mainly motivated by a desire to advance in the social ranking and was viewed as an investment in self-image that could be projected to surrounding outsiders. Also, Manolis and Roberts (2008) defended that conspicuous consumption is a result of a motivational process where the individual wishes to improve social status by displaying consumption of products that symbolize a certain social position.

As a result, it is important to talk about “Veblen goods”, a very particular type of goods that contradict one of the most important laws of economics, the law of demand. As opposed to the “typical” goods, these are subject to an upward sloping demand curve, that is, as the price rises, so does the demand. This phenomena seems to question the rationality of economic agents, since ultimately individuals ask for the best price. But as we see, real life is different.

Just Imagine that you are online shopping and an advertisement pops-up: “Gucci bag at 19.99$, limited offer!”, what’s your first thought? It’s fake, right? At least, that is what most people think, and who can blame them? Gucci and other designer brands are associated with luxury, quality and exclusiveness. All of these attributes seem to lessen as the price goes down. Other examples are hyped sneakers, produced in limited quantities, as demand rises, so does the price. However, demand does not stop increasing since desirability is linked to exclusivity, to scarcity.

In behavioral economics and marketing, this lesson is well known and the markets for Veblen goods are increasing horizontally and vertically, with more and more exclusive and vintage products gaining traction in a stock market manner. These kinds of effects are part of our decision-making process as we don’t know the absolute value of any product or service, because, objectively, the value of anything is nothing more than a human construct. Brands are the most exemplary case for a psychological construct holding value.
If you’re offered (for free) a no brand version of your favorite piece of clothing and one from your favorite designer, you would probably go for the latter, even if the two items were exactly identical.

What if I have to decide on something I’ve never seen? To evaluate such a decision, our brains go for the relative price, comparing it to the most similar choice. What if we have no reference? Well, that’s difficult…for your brain too.

This human brain feature is called reference dependence. We rely on a reference point to make a judgement. This is usually well known by marketing departments and is a crucial way to find untapped business opportunities. Suppose you, as a company, are the product architect of a brand new product: a fine piece of jewellery with a rare material that no one has ever heard about. You will have to decide a price point for launch, which will influence future perceptions of the jewel. That is, you have to decide on the positioning of your product in the market. But how to proceed when your product doesn’t have anything directly comparable? Where you’re going to put your product next on the shelves, will also correspond to where it is positioned next in the consumer’s mind. New car price tagged the same as a Ferrari will not be regarded as a Prius!

After all, price is associated with quality and this abstraction can be more elaborated (that is the job of brand managers). With luxury goods, elasticity of demand is different than with consumer products, and price plays a vital role in consumer decision making. Price is a handy heuristic for quality.

The “You get what you pay for” goes far beyond the physical characteristics and attributes of a product, and most of the time those attributes don’t even matter. Blind tasting experiments with expensive wines showed that the majority of consumers can’t differentiate wines over a certain price threshold and even the most renewed sommeliers have troubles if blindfolded of the label.

So is it all in our minds? It was proven in a study made by Stanford and Caltech scholars regarding wine tasting that when looking at the MRI scans of the participants’ brains, not only did people rate more highly the most expensive wines, as they also enjoyed the experience of drinking them more.

As an endnote, luxury serves a purpose beyond the experience itself and it is quality that goes on the sociological side. When people are satisfying their egos and amplifying their self-value through expensive items and services, they are also sending a message to everyone around them. This can only be achieved by publicizing that lifestyle and receiving public recognition and praise.

A very famous example of using luxury to reinforce social status came from Louis XVI along his bride Marie Antoniette. Royalty historically used luxury and wealth as a power statement.

In essence, there is a general acceptance in our society that possessing some items qualify an individual as successful and that gives them access to exclusive social circles that are recognized as powerful, wealthy and prestigious.

Through this article, it becomes understandable that Veblen goods and luxurious experiences serve a very important purpose for human beings as they satisfy a need that is sometimes unclear due to its intangible attribute. Mainly, the need to be accepted and recognized by others which is present in all of us. Ultimately, luxury is rational in the eye of the beholder: is human made, and human needed. Definition of luxury transcends time, but it’s materialization is very much unfixed, ever changing, and far from absolute. 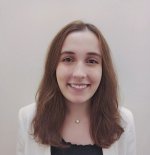